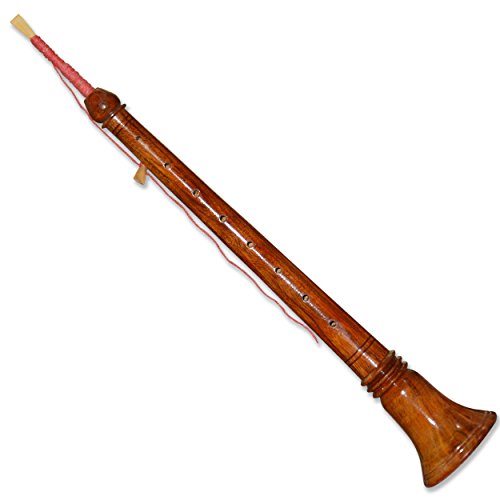 Shehnai is the most popular musical instrument in India. It is also known as mangal vadya means it is believed that this musical instruments bring good luck. Its sound is thought to create and maintain a sense of auspiciousness and sanctity and, as a result, is widely used during marriages, processions, and in temples, although it is also played in concerts. It usually has between six and nine holes. This woodwind musical instrument is played with the help of reed. By controlling the breath, various tunes can be played on it. Made of wood and brass, this instrument produces extremely melodious music. Ustad (Master) Bismillah Khan was a well-known shehnai player from India.