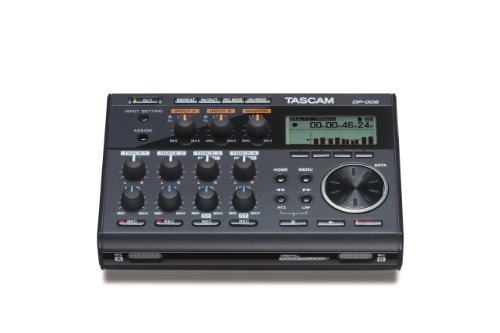 TASCAM has been revolutionizing Portastudio since they invented them. For decades, TASCAM’s Portastudio have remained the ideal scratch pads and easy-to-use home recording devices. Utilized by seminal artists and home for legendary albums throughout the years, TASCAM has stayed true to manufacturing rugged, compact, feature-rich song-writing and demo tools. The DP-006 is the most compact solid-state multi-track recorder on the market. TASCAM equipped it with 6-channels (2 Mono and 2 Stereo/Mono), selectable track modes, built-in high-quality stereo condenser mics and 2 mic/line inputs. This recorder will easily fit into any gig bag, pocket or suitcase.