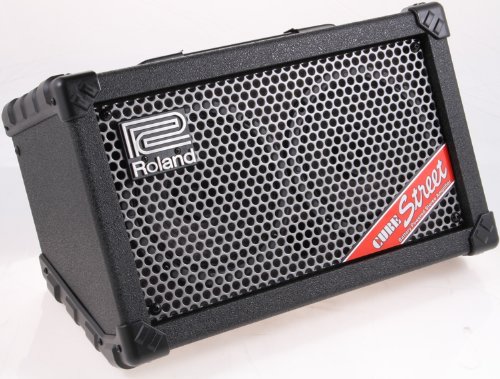 Free yourself from the traditional PA system! Roland’s CUBE Street lets you go anywhere while taking a solid performance system with you. Running on six AA batteries, the CUBE Street is the perfect solution for parking yourself on a street corner and performing for the masses. Plus, you can take it to practices, coffeehouse gigs, or anywhere else you need the support of a compact PA system without the burden of lugging heavy powered speakers or a power amp.