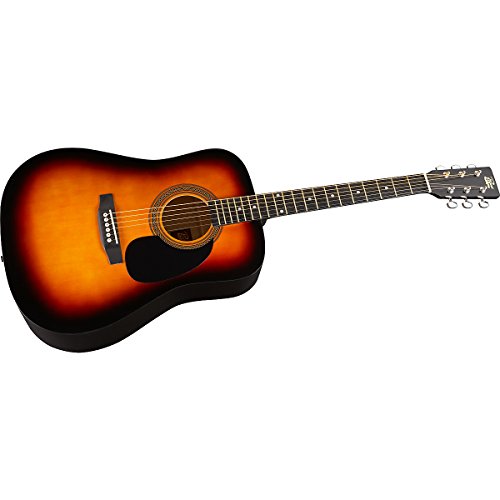 From Rogue comes this amazing deal in the RA-90 dreadnought acoustic guitar. The Rogue guitar is an ideal instrument for the beginner, or young musician. The body depth and width bring out balanced tone and plenty of projection to be heard from across the room.This ultra-affordable dreadnought acoustic guitar features a whitewood body, which brings out lots of mid-range punch. The nato neck adds sustain without losing any strength in tone. The rosewood bridge and fretboard add clarity to each note, and a striking look to the front of the guitar. The RA-090’s C-shape neck, 1-2/3″ nut width, and 16″ radius help with intricate fretboard movements when running up and down the 20 frets. The RA-90 also features nickel hardware and covered tuners. This Rogue acoustic guitar will certainly get the job done, at a price that anybody can afford.Case sold separatelyCheck the drop-down menu to the right to select colors and/or other options.