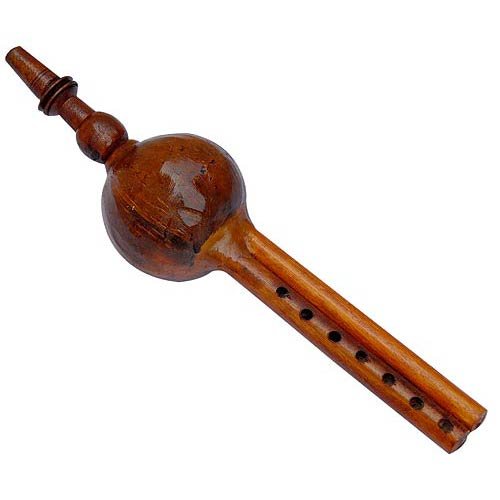 The pungi, also called the been, or bin is a wind instrument played by snake charmers in India. The pungi is similar to the Chinese Hulusi but has only two reed pipes, known as the “jivala”. The pungi was improved to produce the Shehnai. The pungi originated in India and is still played by snake charmers in street performances. ShalinIndia’s pungis come in two varieties, one made of gourd, and the other made of coconut shell. Snake charmers generally use pungis made of gourd. However, this is very delicate and risks breaking at the joints with the flute like pipe. Pungis made of gourd often produce better quality sound than the one made with coconut shell. Pungis made with coconut shell are stronger and last longer. However, they produce inferior quality sound and are used only by the hobbyists.