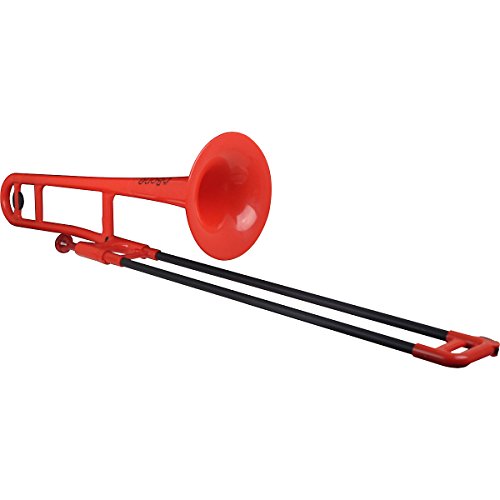 The Jiggs Whigham pBone brings a fun and intriguing twist to the traditional trombone. With its plastic construction, this lightweight instrument sounds remarkably like typical brass trombones. The pBone features a .500-inch bore design with an ergonomic grip for comfort and an overall weight of only 1.8 pounds. The pBone features a fiberglass slide with brass slide stockings on the inner handslide to keep the slide moving freely. The handslide with feel smoother the more you play the instrument, and you can even play the instrument without the need for slide lubrication. The Jiggs pBone includes a plastic mouthpiece and carrying bag and is available in various colors.