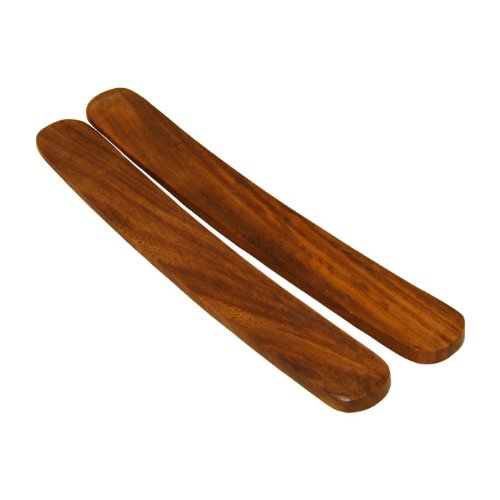 Smooth set of rosewood bones: 7″ long x 7/8″ wide, with a slight curve. The thickness tapers over the length from 1/16″ to 1/4″. The dense hard rosewood gives a clear tone when struck.

The first bone should be held so it will not move. Curl your ring finger so it lays on the edge of the second bone. This should be held, but allowed to move. The second bone will move and slap into the first. Now hold your hand so your thumb is pointing at your chest. Then, twist your wrist away from you, once; as if cranking. This is the basic slap. The bones will clap against each other in a variety of rhythms. Lots of fun. (Package Of 2)