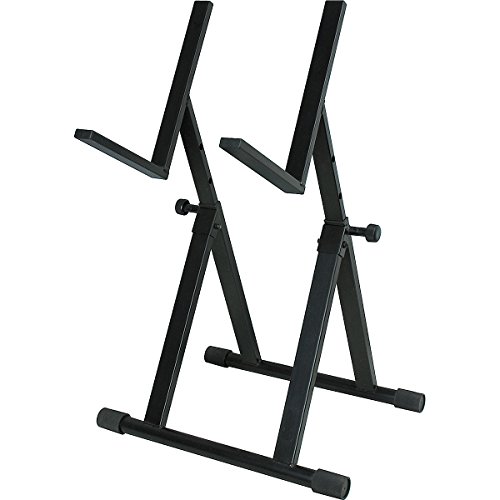 Black powder-coated metal construction with rubber feet. Adjustable at three heights from the floor to the bottom back corner of the amp: 14-1/4″, 17″ and 19-1/2″. Locking pins add extra security.