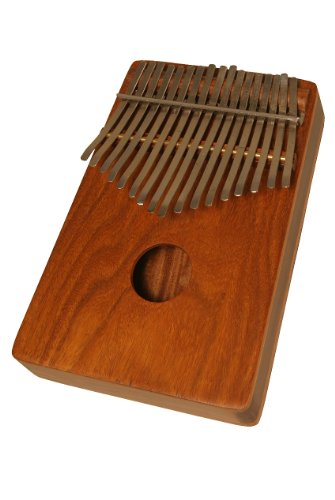 This Attractive Rosewood thumb piano has a size of 5″ x 7″, with 17 steel keys and two vibrato holes on the back. The thumb piano originates in Africa. It is also known as the Kalimba or mbira or likembe. The metal keys are mounted on a wooden box that acts as the resonating chamber. To play, rest the thumb piano on the fingers of both hands and hold it between your palms.