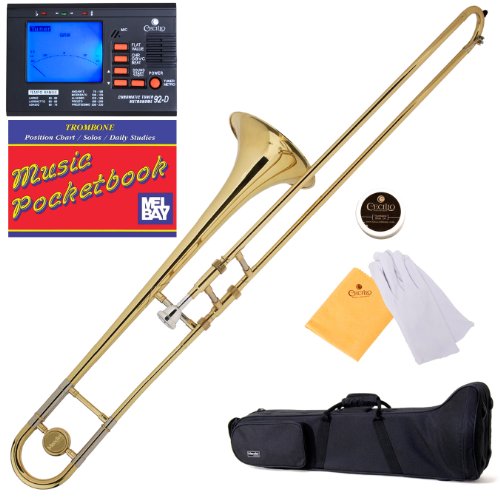 Mendini by Cecilio MTB-L gold lacquered trombones are great for students or beginners. Its excellent slide action allows for smooth note changes in all registers, while its small bore makes it the ideal instrument for a beginning student or jazz musician. This trombone includes a mouthpiece and a nylon covered hard-shell case in addition to a pair of gloves and cleaning cloth. Buy with confidence as it comes with a 1- year warranty against any manufacturer’s defects.