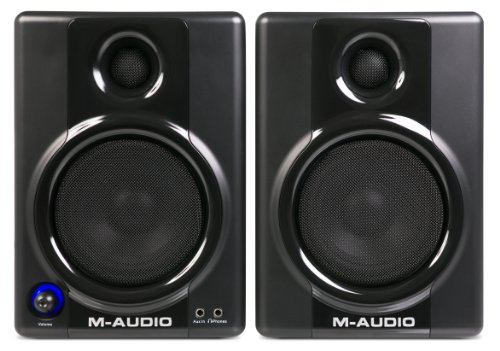 M-Audio Studiophile AV40 4″ Studio MonM-Audio Studiophile AV40 Speakers – Pair – deliver the same provenM-Audio technology favored by top producers, recording engineers and musicians around the world. Custom cabinets with dense wood construction delivermore accurate bass response than you could ever get from plastic multimedia speakers — the perfect solution for traveling musicians or anyone who wants top-notch sound from their desktop multimediasystem.