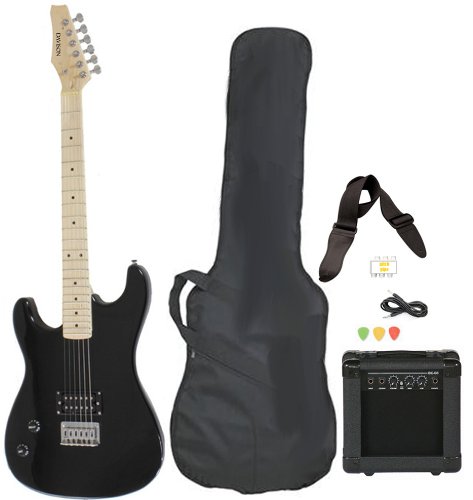 This Left Handed classic style guitar package includes everything you will need start playing right out of the box. The full size 39″ guitar features a maple neck. The amp has both clean and distortion settings and a gig bag case, guitar strap, cable, pics, and pitch
pipe are all included — so you will need nothing else when you get your new guitar package from us. Plus, this FULL SIZE guitar guitar package costs less than most junior packs! TOP SELLER SHIPS FAST!