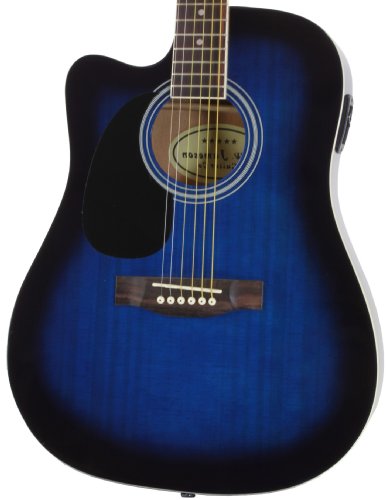 This full scale Jameson model has a cutaway to reach those upper frets and a classic style at an affordable price. Perfect for the hobbyist, the first time player, the collector or anyone looking to add something new to their guitar collection at an affordable price! We are an Authorized Jmeson Guitar Dealer!

This full size guitar that you can play acoustic or plugged in!. The tuning pegs are enclosed die cast tuning gears, usually only found on the more expensive models. A beautiful HIGH GLOSS finish tops off this guitar!!