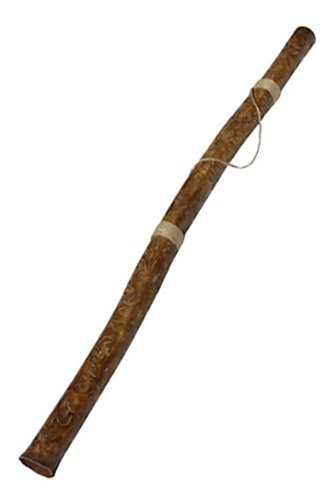 Deep drones, bright overtones, earthy appearance, and customized comfort characterize the Fire Etched Modern Didgeridoo. You’ll be impressed with the volume this didge puts out, with the nearly indestructibility coming in handy around children or when traveling. The price point, natural look, and full sound make this one of our best selling didgeridoos. Covered by our warranty, this didge features: