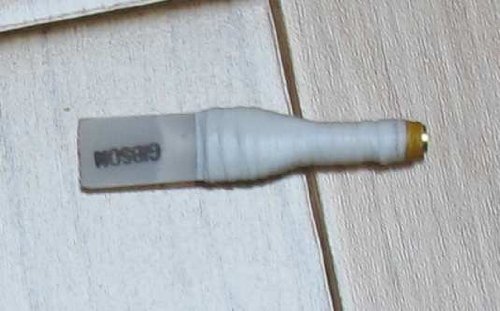 The Gibson practice reed, while ideally suited to Gibson practice chanters, is also an excellent reed for other brands. The blades are wide allowing for more air, thereby nearly eliminating the “shutting off” phenomenon. This design also produces a loud, full tone. Made by Gibson Classical Bagpipes.