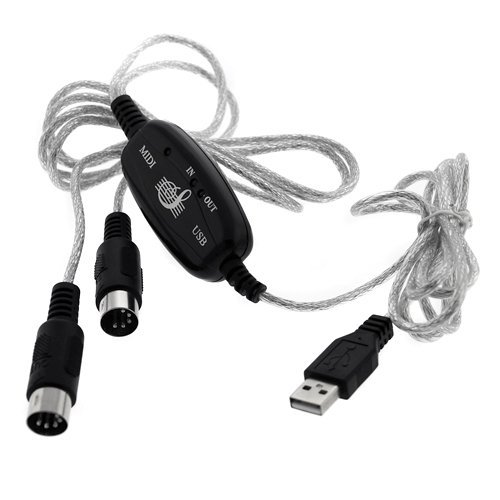 This MIDI interface cable is self-powered and can be conveniently attached to your computer’s USB port, without the need for tools or computer disassembly. This MIDI interface cable is the simplest and most convenient way to connect a keyboard or controller to a computer via a USB port. There’s no need for additional cables – this interface comes with integral USB and MIDI cables as part of its sturdy construction. This interface provides one MIDI input port and one MIDI output port, with each MIDI port supporting 16 MIDI channels. This USB MIDI cable easily turns your computer into a music studio and gives you the power to play songs on your keyboard or other controller, then mix and edit them on your home computer or laptop with any sequencing or recording software you have installed them play them back on the built-in synth or an any out-board synth.