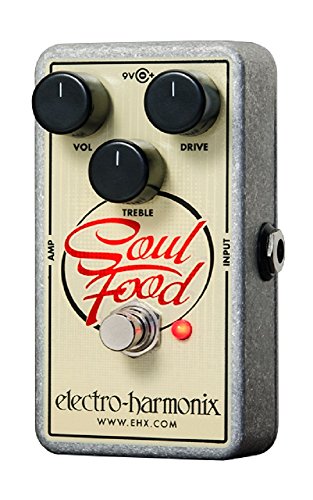 Tone aficionados kept telling EHX’s Mike Matthews about a pedal that had achieved a lot of buzz because it was only obtainable at an exorbitant price. That pedal was the KLON CENTAUR. A believer in bringing great tools to starving musicians, Mike tasked his trusty team to create an affordable alternative, and that is how the SOUL FOOD was cooked up. The SOUL FOOD delivers transparent overdrive with great touch and response. Its circuitry features boosted power rails to provide abundant headroom and increased definition. Best of all, you don’t have to be a rock star to own one!