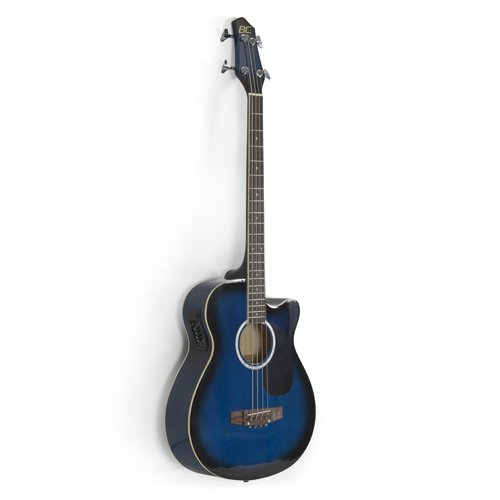 This Acoustic/Electric Bass Guitar features an attractive cutaway design for easy access to the upper notes. It’s great for beginners, and with practice and dedication, you can play your favorite tunes weather it be Jazz, Funk, Rock, Gospel or Alternative.