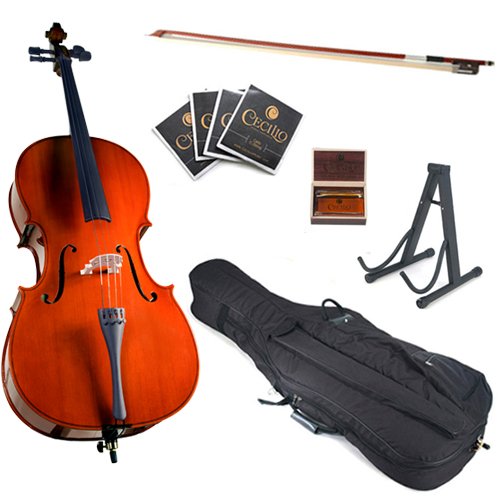 Cecilio CCO-100 cello is ideal for beginner or student cellist featuring a crack-proof spruce top, maple back, neck and sides. This cello is outfitted with a padded lightweight carrying soft case with pockets and adjustable backpack straps (making it convenient to carry to school or orchestra), a Brazilwood bow with unbleached genuine Mongolian horsehair, cello stand, rosin cake, and an extra set of cello strings. Please note that the bridge will not be setup before shipment to avoid damage to the cello body during transit.