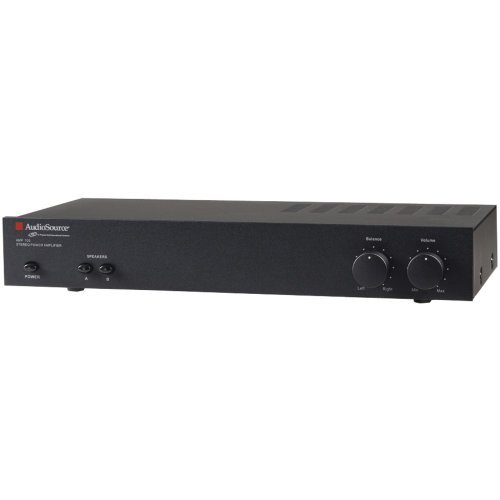 AudioSource AMP series amplifiers are designed for home and commercial audio distribution systems where high quality sound, flexibility, and reliability are essential. The AMP 100 features 2 independent channels rated at 60 watts per channel into 4 ohms (50 watts RMS at 8 ohms). The AMP-100 boasts a precise frequency response of 20 Hz to 20 kHz and total harmonic distortion of 0.02 percent. Additional features include A, B, or A+B speaker selector switches, front-panel mounted volume and balance knobs, and five-way binding posts that work with both bare wire and banana plugs.