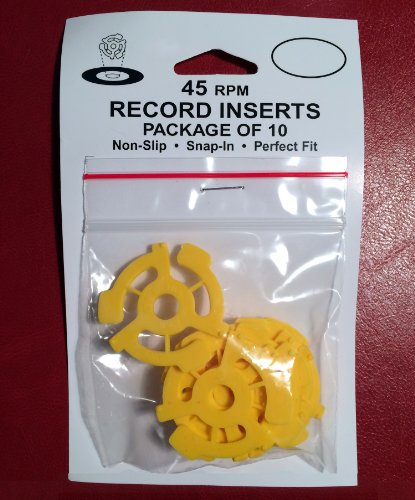 A 45 rpm adapter (also 45 rpm record insert, or 45 rpm spindle adapter) is a small plastic or metal insert that goes in the middle of a 45-rpm record so it will play on a turntable. The adapter could be a small solid circle that fits onto the bottom of the spindle (meaning only one 45 could be played at a time) or a larger adapter that fits over the entire spindle, permitting a stack of 45s to be played.

The former RCA Corporation introduced a snap-in plastic insert known as a spider to make 45 rpm records compatible with the smaller spindle size of a 33? rpm LP record player. Commissioned by RCA president David Sarnoff and invented by Thomas Hutchison, spiders were prevalent in the 1960s and sold tens of millions per year.